WIP or Works In Progress...

As you can see, newcomers are seen in the NemoRenSys Systems Solutions,

The Mother to all of then is the Basis NemoRenSys, on the hardware level nothing changes, simply systems optimizations and upgrades.

Is based on the NemoRenSys concept, but does not need the captive cable, it is not allowing the local power generation, but it is possible by bringing the system close to a shore, to provide electricity, green electricity from the sea/oceans to the shore…

Medusa is similar to SaMantha, but not acting like a “sea glider”, it is based on “Hercules Concept” a UUWS (Unmanned UnderWater System).

Click here to join or request for a meeting 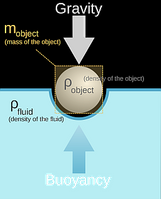